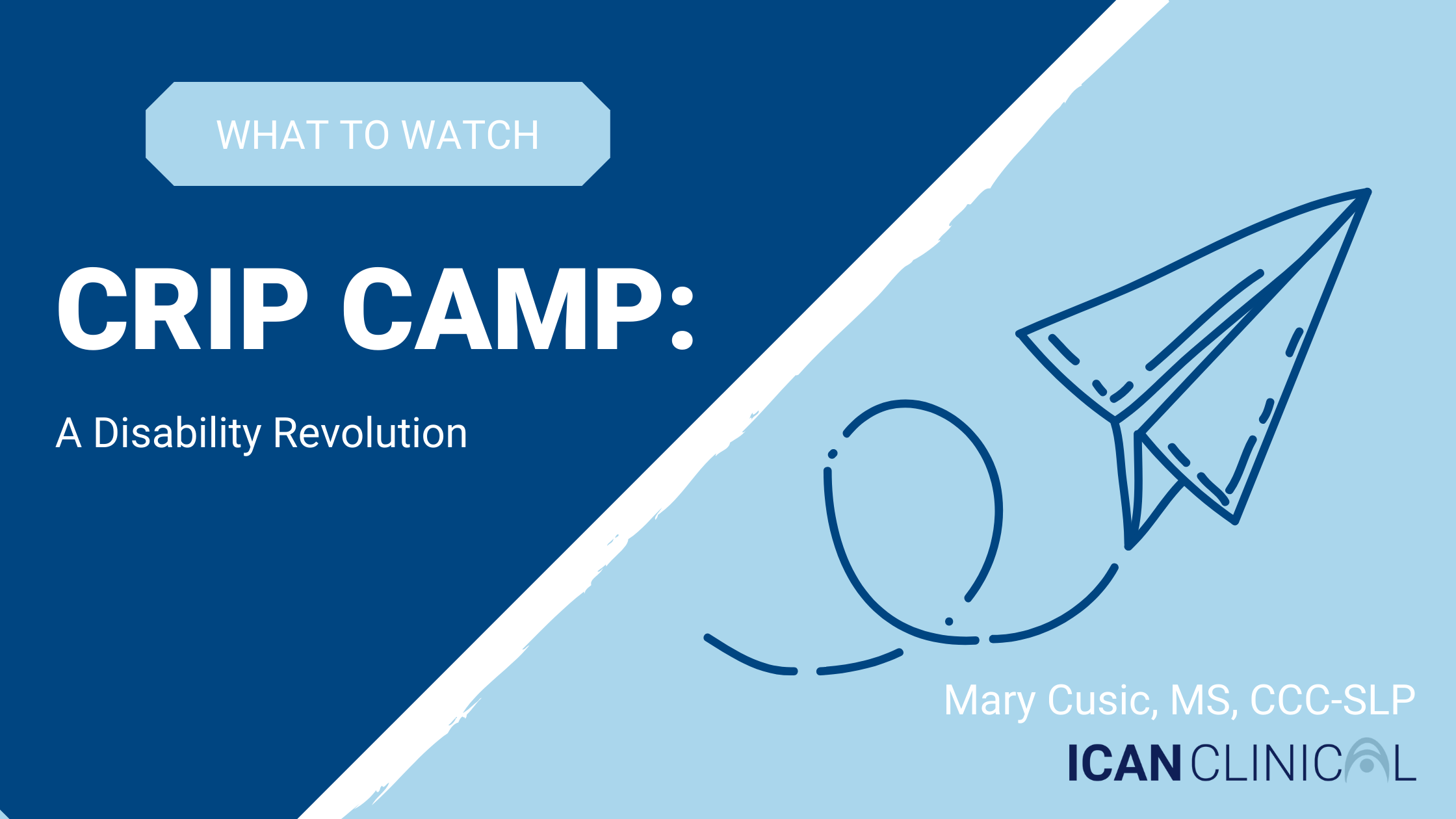 I know something will make you laugh, cry, get angry, get inspired, and remind you that people are amazing. You might not believe me, because it might sound too good to be true. But I challenge you to watch the trailer for Crip Camp: A Disability Revolution and not feel all the feels. It’s documentary that came out in 2020 and is executive produced by the Obama Higher Ground Productions. Part of what makes the movie so powerful is that videos taken at camp are included with interviews and news footage.

The movie shows us that disability rights are civil rights. It’s true for disabilities that are visible and invisible. It’s also a reminder that change happens slowly, has setbacks, starts with people and communities, and has powerful impacts for everyone. The American with Disabilities Act was passed in 1990, but protests, advocating, and lawsuits to get protection with clear definitions and consequence for violators started on a national scale almost 20 years before that. Societal change is slower and harder to judge, which can make it hard to see progress.

Judy Heumann is a central person in the film, and at the beginning she’s a teenager, joyful and relaxed with friends at Camp Jened. She talks about how the empowerment she got from being at camp with peers drives her to push for societal change. As a disability rights advocate, she speaks passionately and angrily governments and corporations. It’s incredible.

You can listen to Judy in a TEDx talk  telling her story, and her website has links for resources for advocacy and education. She contracted polio as a child and has used a wheelchair since then. In 1970, she sued the New York Board of Education for discrimination after they refused to give her a teaching license; she won that case, which was a landmark victory. She has developed a podcast called The Heumann Perspective and also a YouTube channel of the same name. (Can you tell that I’m a fan?)

You can watch Crip Camp: A Disability Revolution on Netflix or see the whole movie on YouTube. Netflix put it there, so it’s officially okay to watch it on YouTube.
Writing about it has gotten me so excited that I’m watching it again tonight!

Mary can be reached at CORT@i-can.center.